In Europe's Shadow: Two Cold Wars and a Thirty-Years Journey Through Romania and Beyond (CD-Audio) 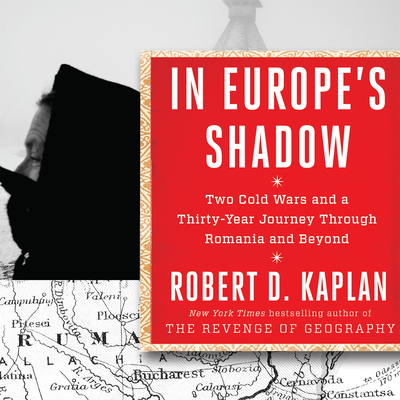 By Robert D. Kaplan
$34.99
Availability to be confirmed

Robert Kaplan first visited Romania in the 1970s, when he was a young journalist and Romania was a Communist backwater where "history had virtually stopped" since World War II. In Bucharest, Romania's capital, Kaplan discovered that few Westerners were reporting on the country—one of the darkest corners of Europe during the Cold War. In an intense and cinematic travelogue, Kaplan explores the history and culture of the only country in the West where the leading intellectuals have been right-wing, rather than left-wing; a country that gave rise to the dictator Ion Antonescu, Hitler's chief foreign accomplice during WWII; a country where the Latin West mixes with the Greek East, producing a fascinating fusion of cultures. IN EUROPE'S SHADOW is a deep and vivid immersion into one place, a country that is a metaphor for Europe's current challenge in confronting Vladimir Putin's Russia. With the brilliant, insightful Kaplan as our narrator and eyewitness, this book is a shorthand masterpiece about imperialism and a country critical to our understanding of the last century in Europe. Robert D. Kaplan is the author of 16 books on foreign affairs and travel translated into many languages, including the THE REVENGE OF GEOGRAPHY; Monsoon; Balkan Ghosts; and Warrior Politics. He has been a foreign correspondent for The Atlantic for over three decades. In 2011, Foreign Policy magazine named Kaplan among the world's "100 Top Global Thinkers."