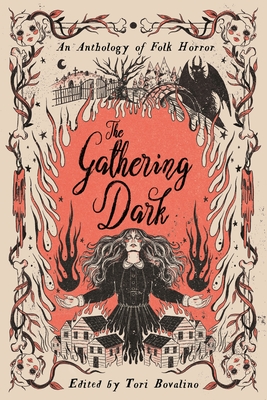 At turns atmospheric and gruesome, heartfelt and terrifying, this collection of horror short stories is the perfect way to kick off your fall. With a spectacular line-up of talent, readers can hope to find some new favorite authors among the nightmares and chills.

These are the stories that haunt us

A cemetery full of the restless dead. A town so wicked it has already burned twice, with the breath of the third fire looming. A rural, isolated bridge with a terrifying monster waiting for the completion of its summoning ritual. A lake that allows the drowned to return, though they have been changed by the claws of death. These are the shadowed, liminal spaces where the curses and monsters lurk, refusing to be forgotten.

Hauntings, and a variety of horrifying secrets, lurk in the places we once called home. Written by New York Times bestselling, and other critically acclaimed, authors these stories shed a harsh light on the scariest tales we grew up with.

Allison Saft is the author of the eerie and critically acclaimed romantic fantasies, Down Comes the Night and A Far Wilder Magic. After receiving her MA in English literature from Tulane University, she moved from the Gulf Coast to the West Coast, where she spends her time hiking the redwoods and practicing aerial silks.

Courtney Gould writes books about queer girls, ghosts, and things that go bump in the night. She graduated from Pacific Lutheran University in 2016 with a Bachelor’s degree in Creative Writing and Publishing. She was born and raised in Salem, OR, where she continues to write love letters to the haunted girls and rural, empty spaces. The Dead and the Dark is her debut novel.

"Tapping into timeless fears such as ghosts and monsters, and interweaving overarching themes of friendship and love, this unique and delightfully creepy anthology delivers scares while inviting contemplation." —Publishers Weekly, starred review

"[A] thrilling ride [...] Hand this book to fans of 'good for her' horror movies like The Witch and listeners of horror anthology podcasts such as Old Gods of Appalachia and The Magnus Archives." —School Library Journal

"[A] haunting assortment of tales [...] that dishes out chills and simultaneously explores the pressures and heightened emotions of adolescence." —Booklist

"For teens who grew up reading Alvin Schwartz's iconic Scary Stories to Tell in the Dark, The Gathering Dark will be the perfect shivery autumnal read." —BookPage