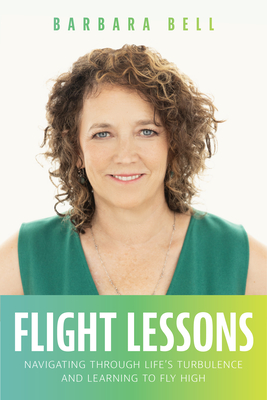 By Barbara A. Bell


On Our Shelves Now
Soaring Through Turbulent TimesLessons from a female pioneer who embraced challenges from up above When Barbara Bell was a child in the sixties, she often dreamed she was flying. In a deep sleep, she would soar through the rolling hills, with arms outstretched, as her body accelerated through the air. Many of these dreamy nights were spent gliding through the same cloud formations that she observed from her family's backyard in small-town Michigan. These dreams eventually transformed into reality when she went on to build a distinguished career as an aviator and naval flight test officer. In Flight Lessons, Bell shares the unexpected turbulence she encountered while navigating thirty-five different types of US and allied aircraft, tallying over sixteen hundred hours of flight time. Her perseverance to push past the limits that were often placed on her as a woman in the military is what defines her today and gives her a platform to stand on when mentoring and the next generation of women. Sprinkled with compelling personal anecdotes, Flight Lessons showcases Bell's trailblazing years of service and gives perspective on what women can accomplish with persistence and knowledge. With a narrative that is drenched in female empowerment, Flight Lessons chronicles an extraordinary journey of inspiration, thanks to Bell's belief in tackling challenges from a higher perspective.