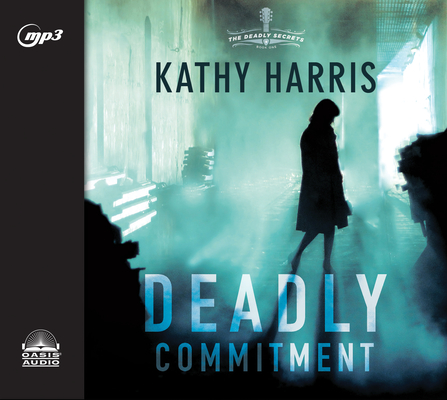 This is book number 1 in the The Deadly Secrets series.

As Danielle Kemp walks out of her downtown Nashville condominium, she gets the eerie feeling someone is watching her. As days go by, she becomes convinced the homeless man outside her building is stalking her. But after learning the real identity of the intimidating stranger, she faces something even more threatening―the truth about her fiancé. Deadly Secrets is a new fiction series with southern charm and big-city twists. Set in the author’s hometown of Nashville, Tennessee, it is filled not only with intrigue and suspense but subtle glimpses into how God is at work in the lives of ordinary people doing ordinary jobs . . . or maybe they aren’t so ordinary after all
Kathy Harris is an author by way of a “divine detour” into the Nashville entertainment business where she works as a marketing director. For several years, she freelanced entertainer biographies and wrote, as well as ghost wrote, news stories and columns for various music publications. She sold her first Christian nonfiction story in 2007. Her debut novel released in 2012.