The Beatles White Album and The Launch of Apple (Paperback) 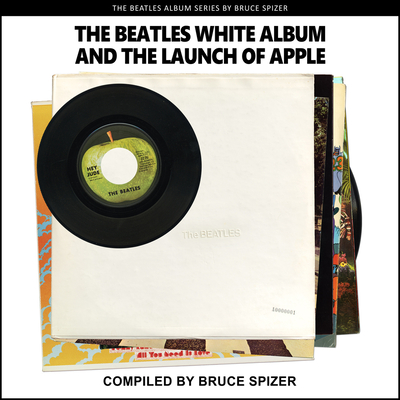 The Beatles White Album and The Launch of Apple (Paperback)


On Our Shelves Now
For many Beatles fans, the group’s two-disc set from November 1968 is their favorite Beatles album. It was titled “The Beatles,” but became known as “The White Album” for its pure white cover. At over 90 minutes long, it is filled with 30 incredible songs that range from rock ’n’ roll to folk to heavy metal to calypso to country & western to raunchy rockers to lush ballads. There are parodies of the Beach Boys and Bob Dylan, along with a long sound collage unlike anything most listeners had ever heard before. The Beatles White Album and the Launch of Apple covers not only the group’s remarkable double album, but also the birth of their Apple business venture and Apple Records’ stunning debut with “Hey Jude,” “Revolution” and Mary Hopkin’s nostalgic classic “Those Were The Days.”
Bruce Spizer has written twelve critically acclaimed books about the Beatles and is internationally recognized as an expert on the Beatles. Bruce has given presentations for the Grammy Museum, the Rock 'N' Roll Hall of Fame and Museum and is also a regularly featured speaker at Beatles conventions. Bruce serves as a consultant on Beatles projects for Universal Music Group, Capitol Records, and Apple Corps, Ltd.