The Strenuous Life: Theodore Roosevelt and the Making of the American Athlete (Paperback) 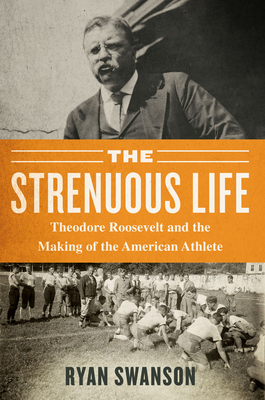 The Strenuous Life: Theodore Roosevelt and the Making of the American Athlete (Paperback)


On Our Shelves Now
Featuring an amazing cast of historical figures, this is the story of how President Theodore Roosevelt led an American sports and fitness revolution. "An engaging book you can hold with one hand while doing light bicep curls with the other." --Washington Post "A fascinating account...Sports fans and history buffs alike will enjoy this focused portrait." --Publishers Weekly Give up exercise, a doctor told Theodore Roosevelt while he attended Harvard, or you might die of a heart attack This after suffering crippling asthma, myopic eyesight, and other ailments as a child. Roosevelt's body was his weakness, the one hill he could never conquer . . . But, oh, how he tried In vivid detail, The Strenuous Life shows how Roosevelt carried his obsession to the nation's highest office, championing a new age of American athleticism. As President, Roosevelt boxed, practiced Ju-Jitsu, played tennis, conducted harrowing point-to-point walks, and invited athletes to the White House. Unsurprisingly, Roosevelt's personal quest reverberated broadly: his administration saw an unprecedented rise in sports and recreational activities. With Roosevelt in office, baseball's first ever World Series took place, interscholastic sports began, and schools placed a legitimate emphasis on physical education. The NCAA formed, and the United States hosted the Olympics for the first time. It was an American sports and fitness revolution. Yes, the Bull Moose, as he'd come to be known, resided squarely in the midst of this upheaval. Filled with amazing anecdotes, a who's who of American political and sports figures from the early 20th century, and Rooseveltian gusto and humor, this book is the play-by-play and color commentary on Roosevelt's Strenuous Life. "Swanson... is] one of those enterprising academics who have perfected slicing American history into ever finer layers." --Wall Street Journal