Puzzled?!: An Introduction to Philosophizing (Paperback) 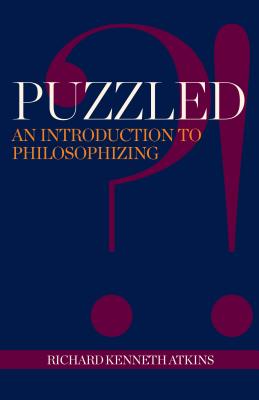 Puzzled?!: An Introduction to Philosophizing (Paperback)

Puzzled? seamlessly fuses two traditional approaches to the study of philosophy at the introductory level. It is thematic, examining fundamental issues in epistemology, metaphysics, philosophy of religion, and more. It is also historical, introducing major philosophical arguments that have arisen throughout the history of Western philosophy. But its real innovation lies elsewhere. Each of its twelve chapters begins with a traditional argument of a thoroughly puzzling kind: a valid philosophical argument with highly plausible premises but a surprising conclusion. The remainder of the chapter shows how major innovations in the history of philosophy arise as logical responses to that argument. Written with a light touch, Puzzled? nevertheless offers a rigorous introduction to the ideas it explores and to the foundations of critical thinking itself. It will serve as effectively as a main or supplementary text in an introduction to critical thinking as it will in Philosophy 101.
Richard Kenneth Atkins is Assistant Professor of Philosophy, Boston College.