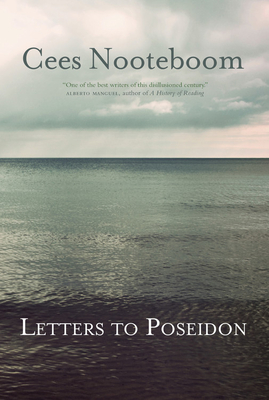 
Availability to be confirmed
It is said that during his abortive campaign to invade Britannia, the infamous Roman emperor Caligula ordered his legions into the surf to attack Poseidon and claim seashells as trophies of war. Cees Nooteboom is considerably more thoughtful in his relationship with the god of the sea. As autumn falls each year, Nooteboom writes Poseidon a letter requesting permission to return to his home in Minorca the following spring.
Of course, it would be the height of discourtesy if Nooteboom's letters were no more than a series of demands. So Cees takes the opportunity to seek the wisdom of the trident-wielding deity, and to offer the god updates about his own life and thoughts.
At once playful and poignant, beautiful and at times slightly bizarre, this masterful exploration of humankind's relationship with the sea uses the minutiae of everyday life to illuminate the broadest questions of human existence, all couched in the lapidary prose of one of Europe's outstanding stylists.

Cees Nooteboom was born in The Hague in 1933, and now splits his time between Amsterdam and Minorca. He is a world-renowned poet, novelist, and travel writer with countless literary awards and academic honors to his credit.