Only Love Can Break Your Heart (CD-Audio) 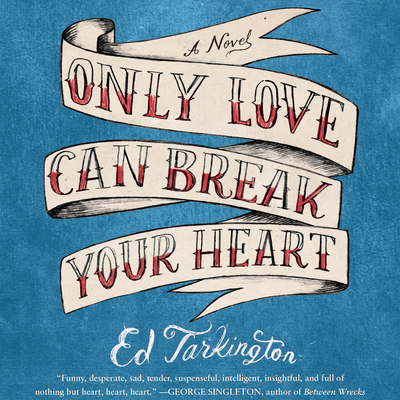 Ed Tarkington's debut novel draws you into a small-town American Gothic story of coming-of-age, brotherhood, and family fealty, first love, scandal, and murder. In Virginia in the 1930s, 6-year-old Rocky lives in awe of Paul, his juvenile delinquent older brother, until Paul disappears with his delicate girlfriend Leigh. Nine years later we find a teenage Rocky discovering first love (and first sex) with the neighbors' daughter, trying to come into his own, discovering his own talents, when Leigh returns, more unstable than ever and full of secrets. Eventually, when their elderly father falls ill, Paul returns to find a town -- and a family -- that cannot trust him. Just as the brothers begin to reclaim what was lost, a brutal murder threatens everything.

Ed Tarkington received a BA from Furman University, an MA from the University of Virginia, and PhD from the Graduate Creative Writing Program at Florida State. A frequent contributor to Chapter16.org, his articles, essays, and stories have appeared in Nashville Scene, Memphis Commercial Appeal, Post Road, the Pittsburgh Quarterly, the Southeast Review, and elsewhere. A native of Central Virginia, he lives in Nashville, Tennessee.