Women and Fiction [A Room of One's Own] (Paperback) 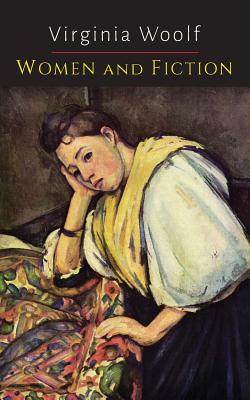 By Virginia Woolf
Availability of this title may vary. Please email or call for price.

2015 Reprint of 1960 Edition. Full Facsimile of the original edition. "Women and Fiction" was first published in the U.S. in Forum Magazine, a prominent literary journal of the 1920's It is the principle essay and title of a series of lectures Woolff delivered at Newnham College and Girton College, two women's colleges at Cambridge University in October 1928. This essay and the Lectures would eventually be published as "A Room of One's Own" in 1929. In this essay Woolf traces the reasons for the very limited achievements among women novelists through the centuries. Why did they fail? They failed because they were not financially independent; they failed because they were not intellectually free; they failed because they were denied the fullest worldly experience. Mrs. Woolf imagines what would have happened to a hypothetical sister of Shakespeare (who possessed all his genius) because she lived in the eighteenth century; she insists that, whatever her gifts, no woman in that age of wife-beating could have written the plays. She shows what did happen in the nineteenth century to the Brontes and George Eliot because they lacked full participation in life; even George Eliot, the "emancipated" woman, lived with a man prosaically in St. John's Wood, while Tolstoy roamed the world and lived with gypsies; and "War and Peace" was as impossible for a woman to write then as "Lear" three centuries before. This short essays remains an important feminist text.