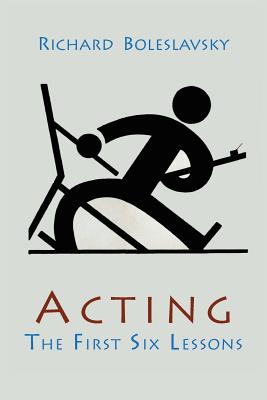 2013 Reprint of 1933 Edition. Full facsimile of the original edition, not reproduced with Optical Recognition Software. This is a book for actors by an actor, giving vivid instruction in the technique of the art. Boleslavsky's knowledge of the theatre is based on a wide experience. In the 1920s, he made his way to New York City, where, now known as "Richard Boleslavsky" (the English spelling of his name), he began to teach Stanislavski's 'system' (which, in the US, developed into "Method Acting") with fellow migr Maria Ouspenskaya. In 1923, he founded the American Laboratory Theatre in New York. Among his students were Lee Strasberg, Stella Adler and Harold Clurman, who were all founding members of the Group Theatre (1931-1940), the first American acting ensemble to utilize Stanislavski's techniques.