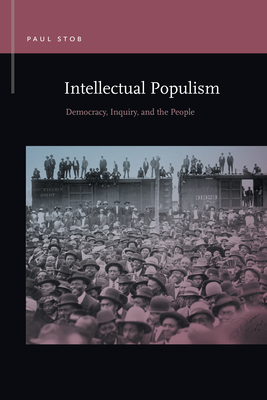 In response to denunciations of populism as undemocratic and anti-intellectual, Intellectual Populism argues that populism has contributed to a distinct and democratic intellectual tradition in which ordinary people assume leading roles in the pursuit of knowledge. Focusing on the Gilded Age and Progressive Era, the decades that saw the birth of populism in the United States, this book uses case studies of certain intellectual figures to trace the key rhetorical appeals that proved capable of resisting the status quo and building alternative communities of inquiry. As this book shows, Robert Ingersoll (1833–1899), Mary Baker Eddy (1821–1910), Thomas Davidson (1840–1900), Booker T. Washington (1856–1915), and Zitkála-Šá (1876–1938) deployed populist rhetoric to rally ordinary people as thinkers in new intellectual efforts. Through these case studies, Intellectual Populism demonstrates how orators and advocates can channel the frustrations and energies of the American people toward productive, democratic, intellectual ends.
PAUL STOB is Associate Professor and Chair of Communication Studies at Vanderbilt University.
“Building on his previous work on William James, Paul Stob identifies ‘intellectual populism’ as an important element of American political culture. He provides valuable insight into both our political history and our present moment, contributing to conversations on deliberative democracy, education, and the connections between them and civic democracy. This book will interest historians, rhetoricians, political scientists, and anyone invested in a healthy democracy.”
—MARY E. STUCKEY, Professor, Communication Arts and Sciences, Penn State University