Fostering Creativity in Self and the Organization: Your Professional Edge (Paperback) 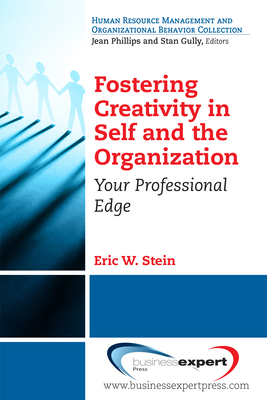 Fostering Creativity in Self and the Organization: Your Professional Edge (Paperback)


Special Order - Usually Arrives in 1-5 Days
As a professional, this book will help you maximize your creative potential-learning that successful creative expression is a function of hard work and discipline rather than innate talent or genius. Reaching your creative potential requires an open mind and this book will help. The author discusses some of the mental models that facilitate or impede your development as a creative person. Since creativity encompasses so many things, the author focuses on four creative behaviors and cognitions critical to self-development and career advancement: improvisational capacity, design thinking, your experimental and scientific mind, and aesthetic awareness. These abilities are critical success factors for 21st century professionals. Inside, you'll learn how to leverage these abilities along with innate strengths derived from your multiple intelligence inventory, which include linguistic intelligence, mathematical/logical intelligence, visual/spatial intelligence, musical intelligence, interpersonal intelligence, intrapersonal intelligence, kinesthetic intelligence, and naturalistic intelligence. You'll also learn how to identify specific ways to accelerate your progress. The book concludes with a plan of action to systematically develop your creative potential over time.
Eric W. Stein earned a PhD in Managerial Science from the Wharton School of the University of Pennsylvania and a BA in Physics from Amherst College. He is an Associate Professor of Management Science and Information Systems at The Pennsylvania State University where he focuses on creativity, innovation, and sustainability. He served as director of the Entrepreneurship program in the MBA program, ran his own firm designing KM software, and has been published in numerous journals. Dr. Stein has served as a consultant to several organizations including Xerox, and the World Bank, A community leader, he was elected Councilman in Media, PA.