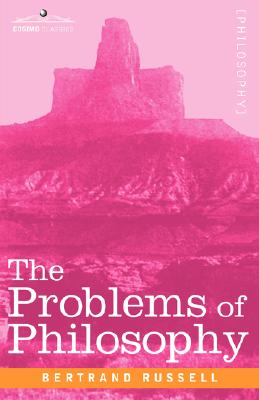 One of his great works, and a must-read for any student of philosophy, The Problems of Philosophy was written in 1912 as an introduction to Russell's thought. As an empiricist, Russell starts at the beginning with this question: Is there any knowledge in the world that is so certain that no reasonable man could doubt it? This, according to Russell, is where the work of philosophy begins. He covers topics such as reality, the nature of matter, inductive reasoning, truth, and the limits of philosophical knowledge. As one of the greatest minds in Western philosophy, Russell's thoughts are profoundly informative and provocative and suitable for anyone wishing to expand his mind. British philosopher and mathematician BERTRAND ARTHUR WILLIAM RUSSELL (1872-1970) won the Nobel Prize for Literature in 1950. Among his many works are Why I Am Not a Christian (1927), Power: A New Social Analysis (1938), and My Philosophical Development (1959).