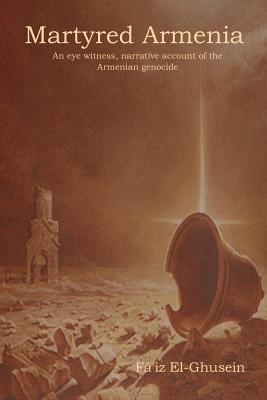 Once El-Ghusein had escape, he undertook to write the book Martyred Armenia, describing it in the foreword as: "service to the cause of truth and of a people oppressed by the Turks, and also, as I have stated at the close, to defend the faith of Islam against the charge of fanaticism which will be brought against it by Europeans. May God guide us in the right way." The mistreatment of the Armenians in the name of Islam distressed him greatly, and he expressed horror about how his faith was being used to justify the brutality: "Is it right that these imposters, who pretend to be the supports of Islam and the Khil fat, the protectors of the Moslems, should transgress the command of God, transgress the Koran, the Traditions of the Prophet, and humanity? Truly, they have committed an act at which Islam is revolted, as well as all Moslems and all the peoples of the earth, be they Moslems, Christians, Jews, or idolators. As God lives, it is a shameful deed, the like of which has not been done by any people counting themselves as civilised. (wikipedia.org)