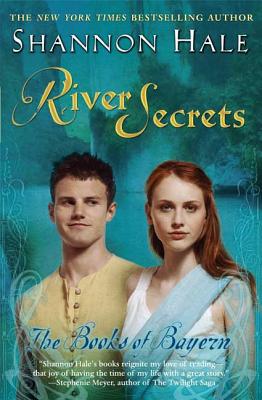 Razo has always thought of himself as pretty much useless-too short, too weak, too slow-only good for catching with his sling the odd squirrel for his mother's cookpot. But when he is asked to join the king's soldiers on a peacekeeping mission and the peace they are sent to protect is being sabotaged, Razo finds that his squirrel-killing talents come in handy, and his way of noticing the unusual, thinking through to the truth, and befriending the unlikeliest of people will serve him better than anyone could have predicted.

Set in the magical lands introduced in the acclaimed novel, The Goose Girl, River Secrets is a mystery and a coming-of-age tale that is impossible to put down. Shannon Hale's lyrical writing, unforgettable, characters and intriguing setting give this book the timeless quality that any classic must have.