Frank: The True Story That Inspired the Movie (Hardcover) 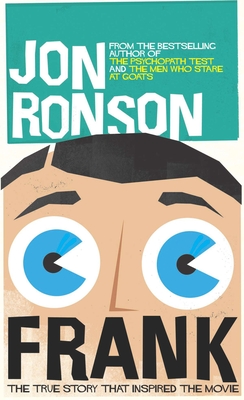 Frank: The True Story That Inspired the Movie (Hardcover)


Special Order - Usually Arrives in 1-5 Days
From the bestselling author of The Psychopath Test comes a characteristically humorous story of a musician on the margins. In Frank: The True Story That Inspired the Movie, Jon Ronson reflects on his days playing keyboard for the Frank Sidebottom Oh Blimey Big Band. Frank Sidebottom, best known for performing with a big fake head with a cartoon face painted on it, was a cult favorite in the United Kingdom and is the subject of the new movie Frank, co-written by Ronson and starring Michael Fassbender, Maggie Gyllenhaal, and Domhnall Gleeson.
Jon Ronson’s books include the New York Times bestseller The Psychopath Test and the international bestsellers Them: Adventures with Extremists and The Men Who Stare at Goats. The Men Who Stare at Goats was adapted as a major motion picture, released in 2009 and starring George Clooney. Ronson lives in London and New York City.