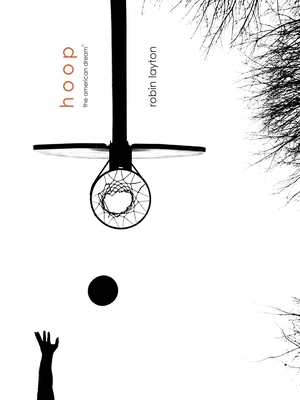 
Availability to be confirmed
"Those of us who have tested gravity under a hoop know its mystical properties. Robin Layton, as I would have expected, has turned this staple of Americana into a gorgeous art form."
-George Vecsey, The New York Times

"This book provides such inspiration. With just a ball and hoop you are on your way to fulfilling your dreams. Robin Layton illustrates the magic and purity of our game with her amazing photos."
-Gary Payton, Basketball Hall of Famer

From urban playgrounds to small-town alleyways and windswept barnyards, basketball is a universal American experience and worldwide cultural touchstone. Renowned photojournalist Robin Layton captures that shared community, as well as the diversity and astonishing beauty surrounding this simple iron ring in hoop: the american dream, a loving look at basketball at its most elemental level: the basketball hoop.

Layton's hoops include the childhood baskets of celebrated players such as Shaquille O'Neal, Larry Bird, LeBron James, Sue Bird, and more documenting the altars upon which they laid their dreams, honed their skills, and made a first splash in the game. Robin has photographed basketball shrines such as New York's Rucker Park playground and tiny Milan High (the real-life underdog school that inspired the movie Hoosiers). Many of the large-format images are accompanied by personal quotes from coaches and players, past and present, about the game of basketball and the significance of particular hoops in their lives, notably Mike Krzyzewski, Robin Roberts, Gary Payton, Danny Manning, and Rebecca Lobo among others.

hoop: the american dream is not just another book about basketball, nor is it another roundup of action photos. It is an artful portrait of an American institution and a poignant vision of an American landscape for anyone passionate about the sport. This book is dedicated to Pat Summitt and the Boy & Girls Clubs of America.

"Robin Layton, through her photography, quite literally achieves the goal of capturing the essence of the game."
-Hannah Storm, ESPN

"Robin Layton brings us a beautiful, pebble-grained planet-basketball in all its settings, from schoolyard to barnyard to graveyard. A gorgeous book."
-Steve Rushin, Sports Illustrated

"You should lace 'em up before opening the book, because you'll be eager to play after you do."
-Rebecca Lobo, ESPN
Robin Layton is an artist, filmmaker, and has been a photojournalist for the past 25 years. At age 24, she was named one of the eight most talented photographers in America by LIFE magazine. Her documentary images have been featured by the Smithsonian and nominated for a Pulitzer Prize. After an award-winning career in newspapers, including key positions with The Virginian-Pilot and the Seattle Post-Intelligencer, Robin embarked on a freelance career that has taken her on documentary assignments around the world-photographing everything from street people to presidents. She is the co-author and photographer of A Letter to My Dog: Notes to Our Best Friends (Chronicle, 2012). www.robinlayton.com
"This book makes you want to rediscover your childhood hoop."
-NPR Michigan, Current State

"Robin Layton breaks basketball down to one of its most essential elements: the hoop."
-TIME, Sports

"The focus here is on the hoop, whether tacked to a tree or keeping lonely vigil over a playground."
-American Photo

"For anybody who ever saw a basketball hoop on the side of the road and felt the immediate urge to play on it, this book details that feeling in a tangible way via awesome imagery. And, it;s just cool to see hoops that some of the biggest players in the NBA started on."
-HoopsVibe

"Famouse or obscure, Layton consistently captures one thing in every picture--charater, which is impressive considering the breadth of the book."
-Slam