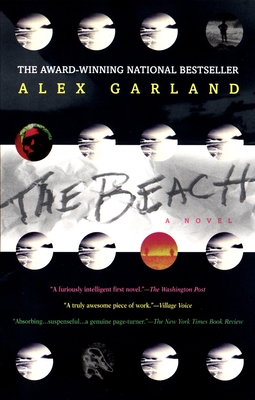 The irresistible novel that was adapted into a major motion picture starring Leonardo DiCaprio.

The Khao San Road, Bangkok -- first stop for the hordes of rootless young Westerners traveling in Southeast Asia. On Richard's first night there, in a low-budget guest house, a fellow traveler slashes his wrists, bequeathing to Richard a meticulously drawn map to "the Beach."

The Beach, as Richard has come to learn, is the subject of a legend among young travelers in Asia: a lagoon hidden from the sea, with white sand and coral gardens, freshwater falls surrounded by jungle, plants untouched for a thousand years. There, it is rumored, a carefully selected international few have settled in a communal Eden.

Haunted by the figure of Mr. Duck -- the name by which the Thai police have identified the dead man -- and his own obsession with Vietnam movies, Richard sets off with a young French couple to an island hidden away in an archipelago forbidden to tourists. They discover the Beach, and it is as beautiful and idyllic as it is reputed to be. Yet over time it becomes clear that Beach culture, as Richard calls it, has troubling, even deadly, undercurrents.

Spellbinding and hallucinogenic, The Beach by Alex Garland -- both a national bestseller and his debut -- is a highly accomplished and suspenseful novel that fixates on a generation in their twenties, who, burdened with the legacy of the preceding generation and saturated by popular culture, long for an unruined landscape, but find it difficult to experience the world firsthand.

Alex Garland is the author of the bestselling generational classic The Beach (which was adapted into a major motion pictures starring Leonardo DiCaprio) and of The Tesseract, a national bestseller and New York Times Notable Book. He also wrote the original screenplay of the critically acclaimed film 28 Days Later.

"A book that moves with the kind of speed and grace many older writers can only day-dream about. The Beach is ambitious, propulsive fiction." --The Washington Post

“What makes The Beach a truly awesome piece of work is Garland’s understated, assured depiction of the perils of pop." --The Village Voice

“The Beach will astonish readers... Not since reading Donna Tartt’s The Secret History has this reader been so impressed and taken with a first novel.” --USA Today

“The Beach is an awesome first novel that works as an adventure story, an allegory and an explanation for why every human since Adam and Eve has an irresistible impulse to create a perfect world and destroy it.  A wonderful adventure and allegory that may be the best novel written by anyone currently younger than 30.”  --Sunday Oregonian

“Remarkable.... astonishingly assured.... The Beach is distinguished by Garland’s bracingly transparent prose and tells a classic story of generational envy and displacement. A luminous voyage into the dark side of humanity’s increasingly tenuous dreams of paradise.” --Salon

“Generation X meets Lord of the Flies in this ripping good adventure yarn...Garland shows a precociously sure hand in this taut, exotic thriller.  For a young author, he knows too well the peril of finding paradise on earth...a skillful first novel about the demise of an earthly paradise.” --People

“[G]ripping, intelligent and written with a discipline many young writers only grow into."  --New York Newsday

“The Beach makes for a relevant and fascinating read....an excellent critique of the backpacker phenomenon--its nouveau colonialism and its tragically misdirected idealism.” --Time Out