The War of the Worlds (Hallowen) (Analog Audio Cassette) 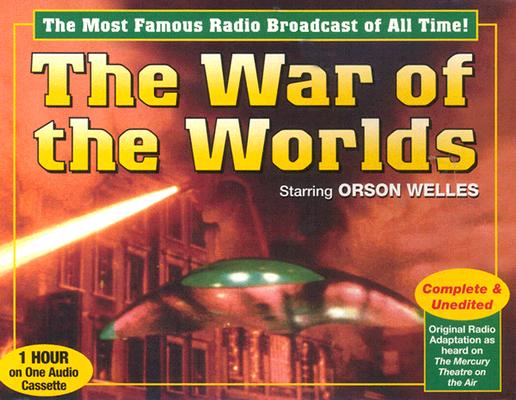 The War of the Worlds (Hallowen) (Analog Audio Cassette)

By Radio Spirits (Manufactured by)


Availability to be confirmed
The most famous radio broadcast of all time aired October 30, 1938, on The Mercury Theatre on the Air. Orson Welles, Frank Readick, Ray Collins, and announcer Dan Seymour performed an adaptation of H.G. Wells' thrilling novel The War of the Worlds, written for the radio by Howard Koch. One 60-minute cassette.