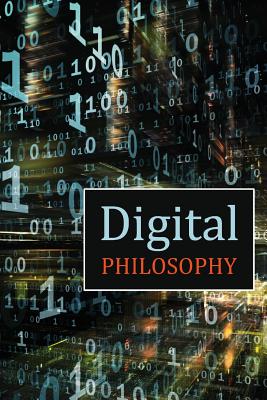 
Special Order - Usually Arrives in 1-5 Days
- This book cannot be returned
Google Glasses are the most talked about new gadget in the first part of 2014 and for good reason. They represent how intelligent devices are rapidly evolving to become embedded objects in our day to day lives. Already almost anybody with a smart phone (android or apple or otherwise) won't leave home without one and if they do somehow forget their intelligent devices they will invariably turn their cars around to go secure it. This should give us a preview of what the future has in store for us, even if Luddites be damned. Everything and everyone is turning psychic and the hardware/software divide will quickly become lost in a mind meld that even Spock couldn't prefigure. Google glasses is merely an awkward transition from a partial smart augmentation (the iPhone or Android device is in our pocket, or our hands, or close up to our face) to a fully implanted one (from contacts to nanotechnological seed implants). What this portends is an unprecedented transparency of human cognition and connectivity. Ken Wilber has long argued that human evolution will move from the merely rational to the psychic, even though his prophetic trajectories were mistakenly of a wholly mystical kind. The psychic canopy of the future is not built on yogic visionaries, but on the nuts and bolts of hard core physics. The psychic template, even though it may seem to be imputing a spiritual realm, is algorithmically layered (level by level) upon electronic data streams prefigured in the laws of quantum mechanics. And, yet, the larger question remains: are homo sapiens ready for full and uncensored frontal lobe exposure?
David Christopher Lane is a Professor of Philosophy at Mt. San Antonio College and an Adjunct Lecturer in Science and Religion at California State University, Long Beach. He received his Ph.D. in the Sociology of Knowledge from the University of California, San Diego, where he was also a recipient of a Regents Fellowship. He has taught previously at Warren College at UCSD, the University of London, and the California School of Professional Psychology. He has given invited lectures at various universities, including the London School of Economics. He is the author of a number of published books such as The Making of a Spiritual Movement: The Untold Story of Paul Twitchell and Eckankar; The Radhasoami Tradition: A Critical History of Guru Succession; Exposing Cults: When the Skeptical Mind Confronts the Mystical; and The Unknowing Sage: The Life and Work of Baba Faqir Chand, among others.