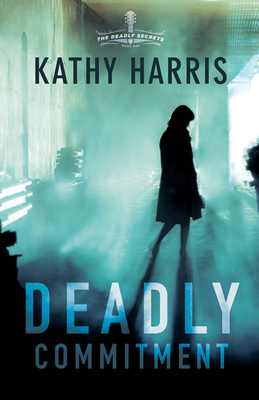 This is book number 1 in the Deadly Secrets series.

Will the truth about her fiance be more unsettling than the stranger stalking her?
Danni Kemp fears she's being stalked--but the truth is much more deadly. Her new fiance, Robert Evans, has a dangerous secret. The homeless man who is stalking her, Caleb, may prove to be her only escape from a hidden world of crime. Will she discover in time that neither Robert no Caleb are who they appear to be and the one person she fears may be the one person she needs to trust?
The Deadly Secrets series drops the reader into the frightening world of illicit drugs, where ordinary lives are lost, and families are changed forever--and in a setting so commonplace you will wonder if you or someone you love could become the next victim.
Kathy Harris is an author by way of a "divine detour" into the Nashville entertainment business where she works as a marketing director. For several years, she freelanced entertainer biographies and wrote, as well as ghost wrote, news stories and columns for various music publications. She sold her first Christian nonfiction story in 2007. Her debut novel released in 2012.