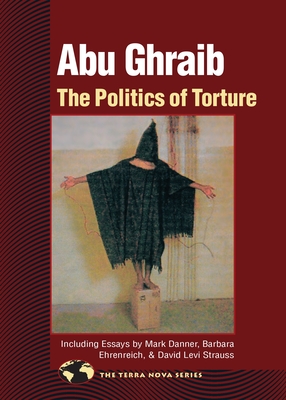 
Availability to be confirmed
Abu Ghraib unveiled a lengthy list of disastrous actions and cover-ups by the Bush administration and the American military. Abu Ghraib examines the problem from many different perspectives, gathering together timely essays on the prison scandal from prominent progressive writers. Barbara Ehrenreich looks at the story through the lens of feminism, noting that the most infamous photos involve female soldiers. John Gray argues that Iraq is worse than Vietnam. Looking to future ramifications, Meron Benvenisti reflects on the "powerless rage" of an occupied culture. David Matlin deconstructs President Bush's declaration that the Abu Ghraib images do not represent America. Giving voice to those directly impacted, Mark Danner reports on the anger and humiliation experienced by the victims and their families. This book provides a broader understanding of the issue and its repercussions.
Complete list of Contributors: Meron Benvenisti, Mark Danner, Barbara Ehrenreich, John Gray, Richard Grossinger, David Matlin, Charles Stein, David Levi Strauss, and Brook Warner.

Barbara Ehrenreich is a prominent political essayist and social critic. She is the author or co-author of thirteen books, including Fear of Falling: The Inner Life of the Middle Class (Perennial), and Nickle and Dimed: Surviving in Low-Wage America (Owl Books). Ehrenreich lives in Key West, Florida.

Meron Benvenisti was deputy mayor of Jerusalem from 1971 to 1978. Benvenisti is currently a columnist for Haaretz, Israel’s largest newspaper. He is the author of many books, including Intimate Enemies: Jews and Arabs in a Shared Land (UC Press) and City of Stone: The Hidden History of Jerusalem (UC Press). Benvenisti lives in Jerusalem.

Mark Danner is a staff writer for The New Yorker and Professor of Journalism at University of California, Berkeley. He writes about foreign affairs and American politics and foreign policy in Europe and the Middle East. Danner lives in Berkeley, California.

David Matlin is a novelist, poet, and essayist. He teaches literature creative writing at San Diego State University. Matlin is the author of Prisons Inside the New America (North Atlantic Books). Matlin lives in San Diego, California.
The photos did something else to me, as a feminist: They broke my heart. I had no illusions about the U.S. mission in Iraq whatever exactly it is but it turns out that I did have some illusions about women. And I also shouldn't be surprised because I never believed that women were innately gentler and less aggressive than men. Like most feminists, I have supported full opportunity for women within the military 1) because I knew women could fight, and 2) because the military is one of the few options around for low-income young people.
—Barbara Ehrenreich

Misguided from the start, the war in Iraq is spiraling out of control. Any legitimacy the occupying forces may ever have possessed has been destroyed, and there are signs that Iraqi insurgents are coming together to mount a movement of resistance that could render the country ungovernable. With even more damning images likely to find their way into the public realm in the near future, the United States is facing an historic defeat in Iraq—a blow to American power more damaging than it suffered in Vietnam, and far larger in its global implications.
—John Gray

To date the true actors in those lurid scenes, who are professionals and no doubt embarrassed by the garish brutality of their apprentices in the military police, have remained offstage. None has testified. The question we must ask in coming days, as Specialist Jeremy Sivits and other young Americans face public courts-martial in Baghdad, is whether or not we as Americans can face a true revelation. We must look squarely at the photographs and ask: Is what has changed only what we know, or what we are willing to accept?
- Mark Danner

Generation after generation, we feed the refugee consciousness, reconstruct the pain of displacement and expose another generation to the powerless rage of the displaced person. Afterward we face, frightened and threatened, the "return" - the life's hope of every refuges and a stain on the settler's conscience.
—Meron Benvinisti

There is a cold stench coming off of the pictures from Abu Ghraib prison. President Bush claims that these images do not represent America and nearly all of the comments by either our politicians or media spokespersons fail to grasp the most dangerous connections between these pictures and our domestic policies of massive prison construction over the last twenty-year period. I find myself in near despair writing this editorial because these images are the images of ourselves, we have at now unimaginable costs, either ignored or tragically embraced inside our own society for decades.
—David Matlin