Sons of Darkness, Sons of Light: A Novel of Some Probability (Paperback) 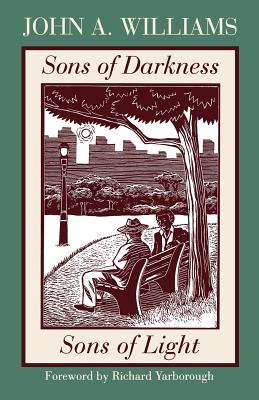 Originally published in 1969, this parable of racial intrigue centers on the killing of an unarmed black youth by Sergeant Carrigan, a white policeman. The murder prompts Eugene Browning, second in command at the Institute for Racial Justice, a civil rights organization, to seek revenge by hiring a professional killer to assassinate Carrigan. Browning enlists the help of an aging Mafia don, who passes the hit to a former terrorist from Israel. This single act of retribution sets in motion a crisis of unprecedented proportions as a band of black militants proceed to launch a violent plan of their own. As the dramatic events unfold, Browning struggles to put his troubled personal and professional life back in order.

John A. Williams is Paul Robeson Professor of English at Rutgers University. He is the author of numerous critically acclaimed novels, including The Angry Ones; The Man Who Cried I Am; and !Click Song. Safari West, a volume of poetry, was winner of the 1998 American Book Award. If I Stop I'll Die: The Comedy and Tragedy of Richard Pryor is among his several works of nonfiction. He lives in Tenafly, New Jersey. Richard Yarborough, editor of the Northeastern Library of Black Literature, is Associate Professor of English and Director of the Center for African American Studies at the University of California, Los Angeles.