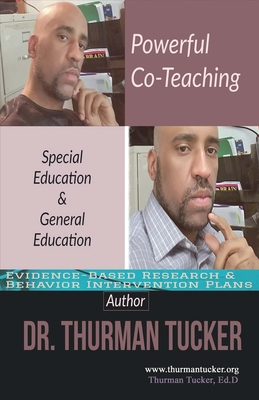 This book is a must-read for administrators, teachers, professors, policy-makers, parents, and school district leaders across the country. Interventions can take several forms, but successful interventions come from creating a strategic plan based on observations with fidelity. To be successful, you must have a successful leader that is humble enough to follow their subordinates when needed. This book breaks down the characteristics of transformational leaders; strategies for successful inclusion, then switches gears to examine factors influencing teachers’ attitudes toward including students with behavior intervention plans in inclusion classrooms with authentic research results from a causal-comparative study. The research found that majority of general and special education teachers believe that inclusion provides advantages for students with behavior intervention plans when there is effective collaboration. This book uncovered factors influencing teachers’ attitudes towards inclusion relating to students with Behavior Intervention Plans (BIPs). BIPs can help prevent behavior problems by addressing their cause. Descriptors: educational leadership, Dr. Thurman Tucker, inclusion, general education, special education, BIPs.

Dr. Thurman Tucker is a professional educator, author, championship sports coach, mentor, consultant, and a proud father. He earned his Doctorate of Education in 2017. Dr. Tucker has inspired thousands of children with the power of building relationships. As he travels the country in and out urban, suburban and rural schools, his message is a simple one: “for genuine success, we must build relationships with children.” A passionate teacher at heart, mixing his experience from the streets and collegiate education to reach individuals from all walks of life. Born and raised on welfare in the hardcore streets of Flint, Michigan. Dr. Tucker teaches the mindset, skillset and toolset to youth, adults, and educators about living the life of a humble devoted American citizen. He is always recognized by his students and colleagues as one of the most caring leaders of our time. This street-savvy good-hearted overachiever has earned a Bachelor's, Master's, ED.S, and Doctor’s Degree (Ed.D) with an astounding 4.0 GPA. For his excellence in academics, he was chosen to be a member of the Alpha Chi and Gamma Beta Phi National Honor Societies. Doctor Tucker is a K-12 professional licensed Special Education teacher and also holds a license for Administration and Supervision (Principalship) for grades PreK-12. This championship-winning basketball coach; coaching experience includes college, high-school, middle school, elementary and AAU. He also coaches softball during his spare time. Coach Tucker has helped develop and mentor several NBA & overseas professional and collegiate basketball players. He has worked alongside Hall of Fame Coaches and NCAA D1 National Champion’s Tubby Smith and Tom Izzo. Furthermore, he has worked with NAIA legend Lonnie Thompson, not to mention Kermit Davis and Josh Pastner from NCAA D1 schools. His passion for sports has had a major impact on his life. “Sports provided an outlet for me to escape the streets of Flint,” states Dr. Coach Tucker. He garnished All-City and All-State accolades in football & was a dominant basketball force at Flint Northwestern High School, helping NHS to back-to-back Final Four appearances. His collegiate football career began at Michigan State University & ended at Middle Tennessee State University with a knee injury. While attending college at MTSU, Dr. Tucker was robbed at gunpoint in his home on Jackson Street; when four individuals broke into his home and shot several times at his head. “Through the grace of GOD and the prayers from my family, I was not killed,” says Dr. Tucker. After he graduated from college with his B.S., he worked in Nashville on Music Row for RCA and Sony BMG as an A&R assistant. While working in Nashville, Dr. Tucker recorded demos for Martina McBride, Clint Black, Lorrie Morgan and other famous country artists. He was also a successful nightclub promoter (Tuck’s Jam) for two-years and played a major role in spotlighting urban entertainment in the south. He is the nephew of former 3-point specialist NBA player, Trent Tucker, who won an NBA championship alongside Michael Jordan with the Chicago Bulls in 1993. Coach Tucker is rooted in the hood by volunteering and being a servant of the community. He advises prospects on how to be entrepreneurs, raise money for underprivileged kids and teach basketball fundamentals to boys & girls ages 5 – 17. The former business owner ran a successful retail store (Music Jams) for 10-years before feeding his passion for educating and coaching children to believe in themselves. His hobbies include rhyming, producing music, coaching, educating, writing poetry, working with special needs children & general education children, debating with his family and loving his son.