The Confessions of Nat Turner: An Authentic Account of the Whole Insurrection (Paperback) 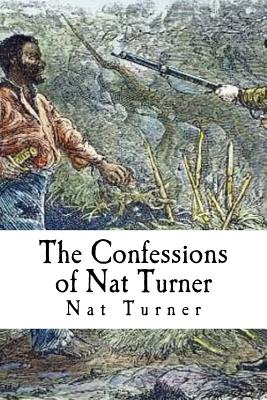 The Confessions of Nat Turner: An Authentic Account of the Whole Insurrection (Paperback)


Backordered
- This book cannot be returned
The Confessions of Nat Turner An Authentic Account of the Whole Insurrection The time is November, 1831. Black slave Nat Turner sits in a Virginia jail awaiting execution for his crimes. Nat led a slave rebellion which ended in the deaths of dozens of white people as well as many of his own closest friends. The late insurrection in Southampton has greatly excited the public mind, and led to a thousand idle, exaggerated and mischievous reports. It is the first instance in our history of an open rebellion of the slaves, and attended with such atrocious circumstances of cruelty and destruction, as could not fail to leave a deep impression, not only upon the minds of the community where this fearful tragedy was wrought, but throughout every portion of our country, in which this population is to be found. Public curiosity has been on the stretch to understand the origin and progress of this dreadful conspiracy, and the motives which influences its diabolical actors. The insurgent slaves had all been destroyed, or apprehended, tried and executed, (with the exception of the leader, ) without revealing any thing at all satisfactory, as to the motives which governed them, or the means by which they expected to accomplish their object. Every thing connected with this sad affair was wrapt in mystery, until Nat Turner, the leader of this ferocious band, whose name has resounded throughout our widely extended empire, was captured. This "great Bandit" was taken by a single individual, in a cave near the residence of his late owner, on Sunday, the thirtieth of October, without attempting to make the slightest resistance, and on the following day safely lodged in the jail of the County.