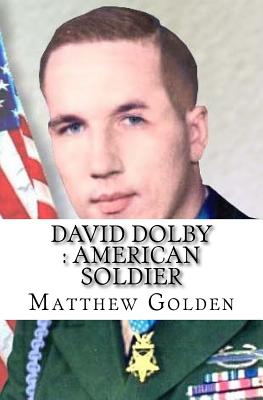 
Availability to be confirmed
- This book cannot be returned
From the late 1950's and especially after the election of President John F. Kennedy in 1960, US involvement in Vietnam had steadily increased. In 1963, most of the American troops in South Vietnam were Army Special Forces (better known then as the "Green Berets"). By 1965, events both military and political had led to a massive escalation in US involvement in the country. In 1963 there were some 16,000 men US servicemen in Vietnam. By 1966 when David Dolby arrived "in-country", there were nearly 400,000.David was born in the small city of Norristown, Pennsylvania on May 14, 1946 to Charles ( a WWII veteran and POW) and Mary Dolby. Mary and Charles also had a younger son named Daniel. At Spring Ford High School, David was on both the football and wrestling teams - his brother called him "the toughest guy in three counties". Upon graduation, David almost immediately went to the local recruiting center and enlisted in the US Army. By the time he entered the army David was a solid and muscular six feet tall.In 1964-65 when David joined the army, most Americans, while perhaps not rabid supporters of the war, felt that America's interest in Southeast Asia was warranted. It did not take long for these opinions to change, and by the late 1960's and early 1970's more and more Americans were urging both the Johnson and later, the Nixon administrations to end our involvement there. When Americans look back on the 1960's today in relation to the Vietnam War through documentaries and movies we are bombarded with images of anti-war demonstrators and activists demanding that the US government end its involvement in Vietnam. There is no mistaking that as time went by the anti-war movement grew in strength. Many Americans began to see that the war was un-winnable, that perhaps the United States did not have vital interests in Vietnam, and that the war was at the center of much of the strife that was beginning to tear the nation apart.