Special Forces: Tales of Heroism from Around the World (Paperback) 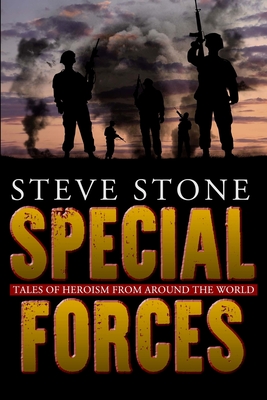 Special Forces: Tales of Heroism from Around the World (Paperback)

This is book number 2 in the Special Forces series.

Special forces are military units trained to perform unconventional missions. Special forces emerged in the early 20th century, with a significant growth during the Second World War with the inception of Special Forces such as the SAS, Delta Force, GSG9 and U.S Navy SEALs. This selection of gripping true stories from special forces around the globe. Covering four decades of some amazing operations. Including Operation Eagle Claw, Operation Gothic Serpent, Operation Neptune Spear amongst many action other packed stories.Special Forces are highly revered and the soldiers themselves that are in these elite units have gone through a tough selection and training regime to make it onto the front line. Today, close collaboration is the key to many missions - even if the rivalry between the special forces and support units, to be the best, first to complete an objective or be the ones to take on a high profile targetThe stories in this book are chosen to show not only the success, but also the failure and lessons learnt from each and every operation. High technology is still no replacement for boots on the ground, where highly trained operatives can still gather intelligence that no eye in the sky is capable of.