Love On The Go (Paperback) 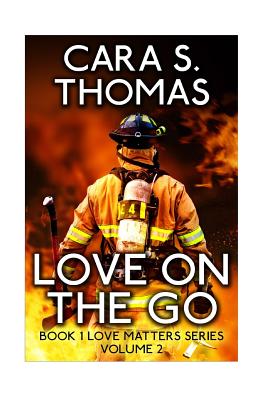 PLAYING WITH FIRE
Looking Over Your Shoulder As A Lifestyle

When Sophie found out she had some weird psychic abilities, the last thing she thought would happen to her is that she would be the subject of a series of attempted murders. Forced to live her life on the run, she was soon to realize that no friend she made would ever be safe. When she found out about other women like herself, she made a conscious effort to find them, the latest of which was Emily. It was a true treasure hunt that would take her across the country and into the arms of a gorgeous firefighter named Matt. Having saved her life he became hopelessly endeared to her, but would Sophie's inability to trust people ever go away? Or would Matt have to die trying to save her from herself before she realized what was right in front of her?