The Narrative of the Life of Frederick Douglass: An American Slave (Paperback) 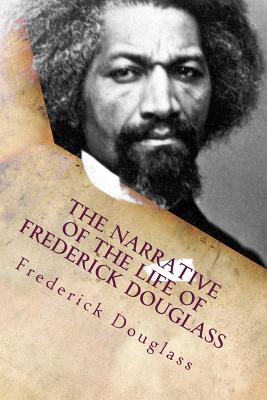 The Narrative of the Life of Frederick Douglass: An American Slave (Paperback)


Special Order - Usually Arrives in 1-5 Days
- This book cannot be returned
The Narrative of the Life of Frederick Douglass: An American Slave by Frederick Douglass, first published in 1845. This is a memoir and treatise on abolition written by famous orator and ex-slave, Frederick Douglass. It is generally held to be the most famous of a number of narratives written by former slaves during the same period. In factual detail, the text describes the events of his life and is considered to be one of the most influential pieces of literature to fuel the abolitionist movement of the early 19th century in the United States. Encompasses eleven chapters that recount Douglass' life as a slave and his ambition to become a free man. Frederick Douglass (1818-1895) was an American social reformer, orator, writer and statesman. After escaping from slavery, he became a leader of the abolitionist movement, gaining note for his dazzling oratory and incisive antislavery writing.