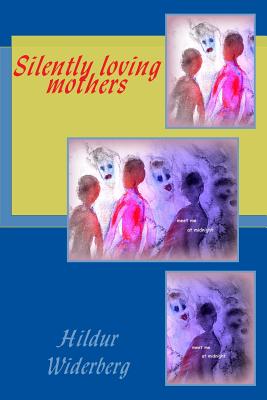 When I was a little girl, I thought that my mother was the best person in the world. She would forget herself to be fighting for whoever or whatever that needed it more. She was always willing to give up her own needs to try to achieve improvements for those who needed it more. But she gave up our needs too. She would give up our entire family just to try to make a better world for everyone. And I admired her. She was my Idol. So I didn't bother her with any of my minor problems. I was a very shy kid, and nobody understood me. It seemed like nobody wanted to play with me. So I desperately wanted a horse or a dog instead to communicate with, but I just got a boring turtle. So I read a lot of books instead. Before I was ten years old I had read most of the books in the local library. And I ate. So I was fat, and of course nobody wanted to play with a fat girl. Even my father said I was ugly because I was fat. So I definitely liked my mother better than I liked my father. My father also preferred my mother, and so did my sister and my brother. So everybody was fighting for her love all the time, except me. I withdraw from the fight, because I respected her wish to make the world a better place instead of limiting her love to the ones in the family. I wouldn't hinder my mother's possibilities to achieve the global improvements that she worked so hard for. She was my hero. If she had any time left after all the efforts, she should use it for her own relaxation. I would wait for her. She promised she would come to me, eventually, when she had the time. I waited for a while, but she never came. So I went on with my life, trying to be my own mother.