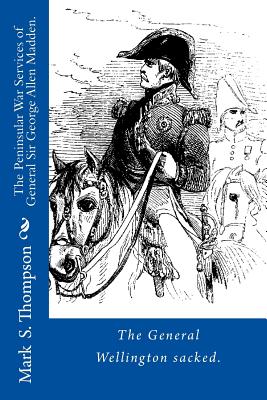 
Availability to be confirmed
- This book cannot be returned
The General Wellington sacked - The Military career of General George Allen MaddenMadden had a very unusual military career. His active service covered twenty-four years and included being shipwrecked, resigning the service following a court martial, fighting a duel, being reinstated to the army, and then finally being removed from his command due to a squabble over seniority. In that time he had some memorable successes and some disappointing reverses. His early military service in Egypt earned him the respect of his senior officers. His later service in the Peninsula was a great deal less successful where he initially commanded a Portuguese cavalry brigade. Its first significant action was a major success when they overcame a body French cavalry. The later actions of his brigade were less successful which he attributed to his troops spending too much time in the vicinity of the unreliable Spanish cavalry.Towards the end of the Peninsular War, in a very unusual event he was removed from his command on the specific order of Wellington.His story is however, a unique insight into the life and aspirations of a British cavalry officer.