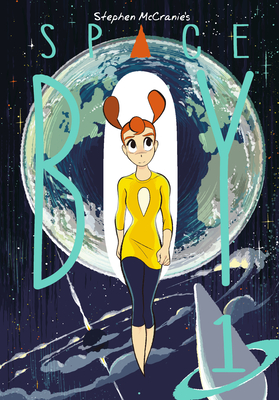 
Availability to be confirmed
A sci-fi drama of a high school aged girl who belongs in a different time, a boy possessed by emptiness as deep as space, an alien artifact, mysterious murder, and a love that crosses light years.

To Amy, everyone has a flavor. Her mom is the flavor of mint--sharp and bright. Her dad is like hot chocolate--sweet and full of gentle warmth.

Amy lives on a mining colony in out in deep space, but when her dad loses his job the entire family is forced to move back to Earth. Amy says goodbye to her best friend Jemmah and climbs into a cryotube where she will spend the next 30 years frozen in a state of suspended animation, hurtling in a rocket toward her new home. Her life will never be the same, but all she can think about is how when she gets to Earth, Jemmah will have grown up without her.

When Amy arrives on Earth, she feels like an alien in a strange land. The sky is beautiful but gravity is heavy and the people are weird. Stranger still is the boy she meets at her new school--a boy who has no flavor.
Stephen McCranie is the writer and illustrator for the Space Boy and Mal and Chad, all-ages graphic novel series. Stephen grew up drawing comics from an early age. He eventually earned a Fine Arts degree at the University of New Mexico. Stephen originally created Mal and Chad as a comic strip for the UNM school newspaper.