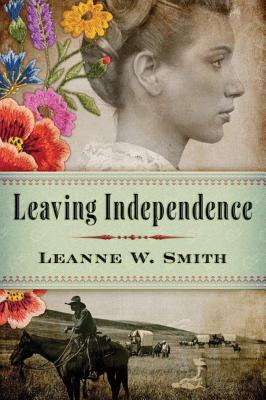 Abigail Baldwyn might not be a widow after all....

Ever since she received word that her husband, Robert, was killed in the Civil War, Abigail has struggled to keep her Tennessee home and family together. Then a letter arrives claiming that Robert isn't dead, yet he has no plans to return. Desperate for answers, Abigail travels to Independence, Missouri, where she joins a westbound wagon train to find him.

Leading a company along the Oregon Trail isn't part of Hoke Mathews's plans. But then the former cavalry scout gets a glimpse of Abigail--so elegant compared to the rest of their hardscrabble wagon community, yet spirited and resilient. Through every peril they encounter--snakebites, Indian raids, fevers, dangerous grudges--his bond with Abigail grows.

Abigail knew this journey would test her courage. Now it's testing her marriage vows and her heart, daring her to claim a future on her own terms in a land rich with promise.