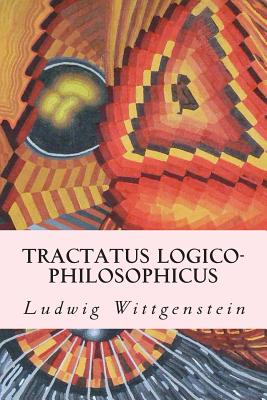 
Special Order - Usually Arrives in 1-5 Days
- This book cannot be returned
The Tractatus Logico-Philosophicus (TLP) (Latin for "Logico-Philosophical Treatise") is the only book-length philosophical work published by the Austrian philosopher Ludwig Wittgenstein in his lifetime. The project had a broad aim - to identify the relationship between language and reality and to define the limits of science 1] - and is recognized as a significant philosophical work of the twentieth century. G. E. Moore originally suggested the work's Latin title as homage to the Tractatus Theologico-Politicus by Baruch Spinoza. 2] Wittgenstein wrote the notes for the Tractatus while he was a soldier during World War I and completed it during a military leave in the summer of 1918. 3] It was first published in German in 1921 as Logisch-Philosophische Abhandlung. The Tractatus was influential chiefly amongst the logical positivists of the Vienna Circle, such as Rudolf Carnap and Friedrich Waismann. Bertrand Russell's article "The Philosophy of Logical Atomism" is presented as a working out of ideas that he had learned from Wittgenstein. The Tractatus employs a notoriously austere and succinct literary style. The work contains almost no arguments as such, but rather consists of declarative statements, or passages, that are meant to be self-evident. The statements are hierarchically numbered, with seven basic propositions at the primary level (numbered 1-7), with each sub-level being a comment on or elaboration of the statement at the next higher level (e.g., 1, 1.1, 1.11, 1.12, 1.13). In all, the Tractatus comprises 526 numbered statements, with 1, 2, 3, 4, 5, 6 and 7 having 7, 79, 74, 109, 151, 105 and 1 associated statement(s), respectively. Wittgenstein's later works, notably the posthumously published Philosophical Investigations, criticised many of the ideas in the Tractatus. Wittgenstein concluded that the Tractatus had resolved all philosophical problems. The book was translated into English by C. K. Ogden with help from the teenaged Cambridge mathematician and philosopher Frank P. Ramsey. Ramsey later visited Wittgenstein in Austria. Translation issues make the concepts hard to pinpoint, especially given Wittgenstein's usage of terms and difficulty in translating ideas into words. 25] The Tractatus caught the attention of the philosophers of the Vienna Circle (1921-1933), especially Rudolf Carnap and Moritz Schlick. The group spent many months working through the text out loud, line by line. Schlick eventually convinced Wittgenstein to meet with members of the circle to discuss the Tractatus when he returned to Vienna (he was then working as an architect). Although the Vienna Circle's logical positivists appreciated the Tractatus, they argued that the last few passages, including Proposition 7, are confused. Carnap hailed the book as containing important insights, but encouraged people to ignore the concluding sentences. Wittgenstein responded to Schlick, commenting: "...I cannot imagine that Carnap should have so completely misunderstood the last sentences of the book and hence the fundamental conception of the entire book. A more recent interpretation comes from The New Wittgenstein family of interpretations under development since 2000. 27] This so-called "resolute reading" is controversial and much debated. citation needed] The main contention of such readings is that Wittgenstein in the Tractatus does not provide a theoretical account of language that relegates ethics and philosophy to a mystical realm of the unsayable. Rather, the book has a therapeutic aim. By working through the propositions of the book the reader comes to realize that language is perfectly suited to all his needs, and that philosophy rests on a confused relation to the logic of our language. The confusion that the Tractatus seeks to dispel is not a confused theory, such that a correct theory would be a proper way to clear the confusion, rather the need of any such theory is confused.