The Trial of Lucy Fa: Justice is a mask with four faces (Paperback) 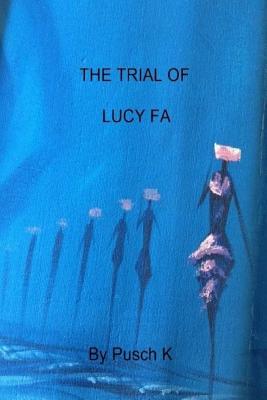 The Trial of Lucy Fa: Justice is a mask with four faces (Paperback)


Special Order - Usually Arrives in 1-5 Days
- This book cannot be returned
When two homeless men, Gugle and Twita, walk into the desert to work out a scheme, little did they know they were walking into The Trial of Lucy Fa. And beyond that they would be appointed as the jurors. Lucy Fa complains " I have been sitting in my corner, minding my own business. When people do bad things they say 'Lucy Fa made me do it'. I have been made a scapegoat, and given the horns of a goat. They have also given me many bad nicknames and damaged my brand. My mistake was that I failed to tell my side of the story" Gugle and Twita have to decide on the fate of Lucy Fa. But first they ponder an invitation to the nether lands, of friendly fires and deadly passion. In a mad escape from the desert, before a promised flood, they come under the guardianship of Mama Sharifa, who does bad things and does them well. She administers all kinds of torture, and wants beatitude. Is Lucy Fa guilty or not guilty?
Lawyer, writer, lover, poet, Advocate Pusch Commey, has prosecuted and defended many court cases, written several journal articles, published seven books, and contributed to anthologies of poetry. In this play The Trial of Lucy Fa, he examines life's search for meaning, with the kind of unparalleled insight and humour that will leave you asking for more. Is he playing the Devil's Advocate? Award winning Pusch Commey lives and works in Johannesburg, South Africa.