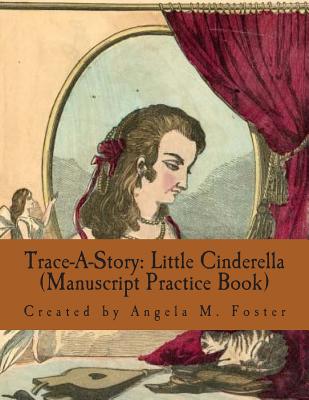 Backordered
This book cannot be returned

The Trace-A-Story series publishes classic stories in traceable cursive and manuscript handwriting. This gives children extra practice in a more challenging setting and gives them a reason to complete the practice book. Every story is broken up into sections so that it's not too intimidating. One section per day is ideal, but since every person learns at different speeds, more or less can be done per day.

Story Summary: Just before little Cinderella's mother died, she told her "My child, always be good, and bear everything that occurs to you with patience; then, whatever toil and troubles you may suffer during life, happiness will be your lot in the end." After Cinderella's mother died, her father remarried an ill-tempered woman who had two daughters that were just as ill-tempered as their mother. The step-mother and her daughters treated Cinderella as a servant. When the prince puts on a ball that lasts for two nights, Cinderella's step-sisters attend leaving Cinderella behind to do housework. Little do they know that the Queen of Fairies is Cinderella's godmother who uses her magic to help Cinderella attend the ball disguised as an unknown princess. After attending the ball the first night, the prince was so taken by Cinderella that she asks her fairy godmother if she may attend the second night as well, and she does. Dancing all night with the prince, Cinderella forgets the time until the clock strikes twelve and her fairy godmother's magic starts wearing off. Cinderella flees for home and while doing so, accidentally steps out of one of her glass slippers which the prince finds. He orders his men to find the woman it belongs to and they soon find her, Cinderella. Will her step-sisters finally see how good of a person Cinderella is and beg her for forgiveness? Or will their jealousy rule and they try to destroy Cinderella's happy ending?