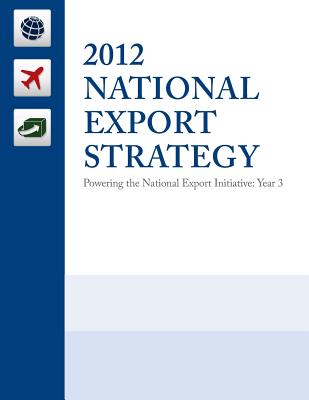 When the President announced the National Export Initiative (NEI) in 2010, with the ambitious goal of doubling U.S. exports over five years, he made clear that boosting U.S. exports was not only a short-term strategy but also a critical component of America's long-term prosperity. The launch of the NEI, as well as the establishment of the Export Promotion Cabinet (EPC), was the first in a series of steps to promote U.S. exports and marshal the full resources of the Federal Government to support U.S. exporters. These efforts have borne considerable fruits. Exports hit record levels in 2011, and this historic progress has ensured America's continued position as the global leader in total exports.However, with U.S. exports facing headwinds from the economic slowdown in Europe and Asia, the Administration must reinvigorate its efforts to help U.S. businesses, particularly small firms, compete for the 95 percent of the world's customers who live outside the United States. In a rapidly changing global business environment, the mandate of the NEI requires federal agencies to re-think their traditional approaches to export assistance so they can better serve their customers, partners, and stakeholders throughout the United States. In addition, the Department of Commerce has integrated its NEI Office with that of the TPCC Secretariat to create a "whole of government" approach to implementing the NEI.