How to Cook a Golden Peacock (Paperback) 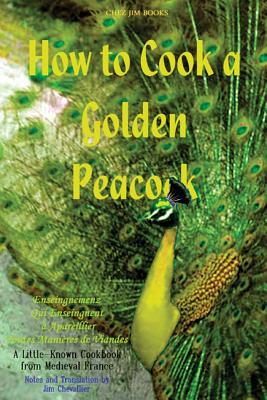 How to Cook a Golden Peacock (Paperback)


Special Order - Usually Arrives in 1-5 Days
- This book cannot be returned
This brief medieval cookbook was found centuries after the Viandier, the most famous of the French medieval cookbooks. It was written under Philip the Fair, when meals were supposed to be simpler than in Taillevent's time, and so unlike the later cook's work, it is simply organized by types of food, not different services. Its author was unknown, though he was certainly a professional cook. The foods described include simple fare like beef and pork and more exotic foods like peacock, swan and lamprey; sauces like cameline (cinnamon) are also mentioned along the way. This new translation includes several modern recipes (redactions) based on those in the work, an introduction and extensive notes.