The Art of War: The Oldest Military Treatise in the World (Paperback) 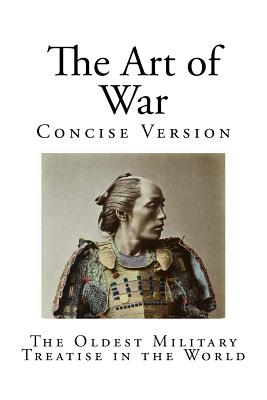 The Art of War: The Oldest Military Treatise in the World (Paperback)


Backordered
- This book cannot be returned
The Art of War - Concise Version The Oldest Military Treatise in the World Sun Tzu Translated from the Chinese by Lionel Giles The Art of War is an ancient Chinese military treatise attributed to Sun Tzu, a high-ranking military general, strategist and tactician. The text is composed of 13 chapters, each of which is devoted to one aspect of warfare. It is commonly known to be the definitive work on military strategy and tactics of its time. It has been the most famous and influential of China's Seven Military Classics, and "for the last two thousand years it remained the most important military treatise in Asia, where even the common people knew it by name." It has had an influence on Eastern and Western military thinking, business tactics, legal strategy and beyond. The book was first translated into the French language in 1772 by French Jesuit Jean Joseph Marie Amiot and a partial translation into English was attempted by British officer Everard Ferguson Calthrop in 1905. The first annotated English language translation was completed and published by Lionel Giles in 1910. Leaders as diverse as Mao Zedong, General Vo Nguyen Giap, General Douglas MacArthur and leaders of Imperial Japan have drawn inspiration from the work.
Sun Tzu (also rendered as Sun Zi) was a Chinese military general, strategist and philosopher who lived in the Spring and Autumn Period of ancient China. The name he is best known by is actually an honorific which means "Master Sun": His birth name was Sun Wu and he was known outside of his family by his courtesy name Changqing. He is traditionally credited as the author of The Art of War, an extremely influential ancient Chinese book on military strategy. Sun Tzu has had a significant impact on Chinese and Asian history and culture, both as the author of The Art of War and as a legendary historical figure.