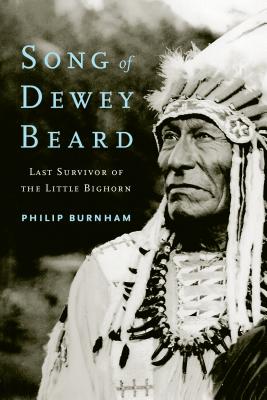 
On Our Shelves Now
The resistance of great Native American warriors to the U.S. government in the war against the Plains Indians is a well-known chapter in the story of the American West. In the aftermath of the great resistance, as the Indian nations recovered from war, many figures loomed heroic, yet their stories are mostly unknown. This long-overdue biography of Dewey Beard (ca. 1862–1955), a Lakota who witnessed the Battle of Little Bighorn and survived the Wounded Knee Massacre, chronicles a remarkable life that can be traced through major historical events from the late nineteenth into the mid-twentieth century.

Beard was not only a witness to two major events involving the Lakota; he also traveled with William “Buffalo Bill” Cody’s Wild West show, worked as a Hollywood Indian, and witnessed the grand transformation of the Black Hills into a tourism mecca. Beard spent most of his later life fighting to reclaim his homeland and acting as an advocate for his family and his people. With a keen eye for detail and a true storyteller’s talent, Philip Burnham presents the man behind the legend of Dewey Beard and shows how the life of the last survivor of Little Bighorn provides a glimpse into the survival of indigenous America.

Philip Burnham is an associate professor of composition at George Mason University and a former reporter for Indian Country Today. He is the author of So Far from Dixie: Confederates in Yankee Prisons and Indian Country, God’s Country: Native Americans and the National Parks.

"Using a genuine relationship with Beard’s relatives and intertwining their own personal stories into the narrative, Burnham underscores the legacy left them by this man who just lived life as best as he knew how."—Nancy S. Gillis, Nebraska History

"Burnham reignites a too-little-told story of one of the most extraordinary figures of Great Plains history."—Kevin Hooper, Great Plains Quarterly

"This biography gives the Lakota people a written version of a story worth telling future generations."—Danielle Perez-St. Antoine, Chronicles of Oklahoma

“The remarkable Dewey Beard was a man who seemed to live forever—old enough to have fought at the Little Bighorn in 1876 and its last survivor when he finally died in 1955. What the old-time Lakota were like, and what they lived through in those seventy years, is the subject of Philip Burnham’s original, bracing, touching, surprising, and vigorously written book. Take note, this is something we have never seen before: a serious, and sometimes funny, and often dramatic, and always interesting account of a Lakota life after the buffalo were gone. That’s where the story usually stops. Burnham lets Beard tell us what happened next.”—Tom Powers, author of The Killing of Crazy Horse