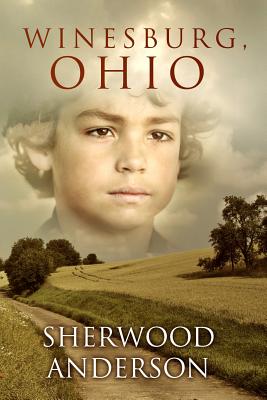 Winesburg, Ohio (full title: Winesburg, Ohio: A Group of Tales of Ohio Small-Town Life) is a 1919 short story cycle by the American author Sherwood Anderson. The work is structured around the life of protagonist George Willard, from the time he was a child to his growing independence and ultimate abandonment of Winesburg as a young man. It is set in the fictional town of Winesburg, Ohio (not to be confused with the actual Winesburg), which is based loosely on the author's childhood memories of Clyde, Ohio. Mostly written from late 1915 to early 1916, with a few stories completed closer to publication, they were "...conceived as complementary parts of a whole, centered in the background of a single community." The book consists of twenty-two stories, with the first story, "The Book of the Grotesque", serving as an introduction. Each of the stories shares a specific character's past and present struggle to overcome the loneliness and isolation that seems to permeate the town. Stylistically, because of its emphasis on the psychological insights of characters over plot, and plain-spoken prose, Winesburg, Ohio is known as one of the earliest works of Modernist literature. Winesburg, Ohio was received well by critics despite some reservations about its moral tone and unconventional storytelling. Though its reputation waned in the 1930s, it has since rebounded and is now considered one of the most influential portraits of pre-industrial small-town life in the United States. In 1998, the Modern Library ranked Winesburg, Ohio 24th on its list of the 100 best English-language novels of the 20th century.

Sherwood Anderson (September 13, 1876 - March 8, 1941) was an American novelist and short story writer, known for subjective and self-revealing works. Self-educated, he rose to become a successful copywriter and business owner in Cleveland and Elyria, Ohio. In 1912, Anderson had a nervous breakdown that led him to abandon his business and family to become a writer. At the time, he moved to Chicago and was eventually married three more times. His most enduring work is the short-story sequence Winesburg, Ohio, which launched his career. Throughout the 1920s, Anderson published several short story collections, novels, memoirs, books of essays, and a book of poetry. Though his books sold reasonably well, Dark Laughter (1925), a novel inspired by Anderson's time in New Orleans during the 1920s, was the only bestseller of his career. He may be most influential for his effect on the next generation of young writers, as he inspired William Faulkner, Ernest Hemingway, John Steinbeck, and Thomas Wolfe. He helped gain publication for Faulkner and Hemingway.