David and the Phoenix (Paperback) 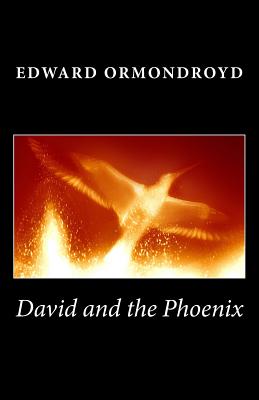 By Edward Ormondroyd
$7.99
Usually Ships in 1-5 Days
This book cannot be returned

"David and the Phoenix" is story written back in the early 50's for the "Weekly Reader" subscribers about a young boy and his desire to explore the world outside and in doing so found a friend to help him dream bigger dreams. David has no greater wish than to explore the mountains behind his new home in North Carolina and as he does he finds a wonder never dreamed of, the Phoenix. The Phoenix introduces David to an endless list of his friends from mythology and in the process opens David's eyes to the wide world both the unseen world and seen world. In the unseen world David and the Phoenix share many adventures all the while a scientist is trying to capture the Phoenix to prove to the world that the bird is real. The phoenix takes David on "educational field trips" to meet sea monsters, fauns and other creatures. Plus they hatch a hysterical plot to scare off an over eager scientist from the phoenix's trail. David learns some valuable lessons about life, one is that nothing remains the same as one grows up. The other is... well perhaps you should read the book yourself and find your own lessons within the pages. A well written story, "David and the Phoenix" has no particular time setting so that it could very well be placed in current time. It brings back to me memories of times when life was much simpler, more pleasant and without the problems we as adults face. It's a story of childhood and the dreams that children of every age share and which we all to soon leave behind. Of course, there is the traditional fiery death of the phoenix in the story. So, a tissue might be needed.

Edward Ormondroyd (born 1925) is an American author of children's books. He is best known for David and the Phoenix, a fantasy novel. His time travel novel Time at the Top was filmed for television in 1999. Ormondroyd was born Wilkinsburg, Pennsylvania and grew up in Pennsylvania and Michigan before serving two years on a destroyer escort in World War II. After the war he attended the University of California at Berkeley, earning a Bachelor's degree in English and a masters in Library Science. In 1970 he moved from Berkeley to Newfield, a small town west of Ithaca, New York. He currently lives in Trumansburg, New York, just north of Ithaca.