The Unconsciousness of an Ethiopian Princess: College Days of Future Past (Paperback) 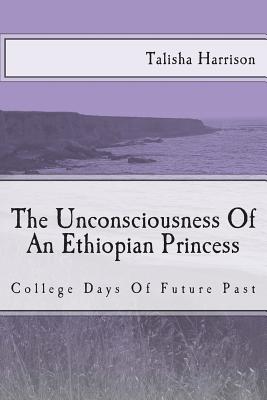 By Miss Talisha Harrison
$5.38
Availability to be confirmed

Talisha Harrison who also goes by Tali Adina is a writer from Longwood, Florida. She has written over 500 hundred poems to date and has self-published five books and continues to write poems and stories that she hopes to publish in the future. In 2010, Tali was a contributor to 4JewsOnly.com. After watching the Jewish Channel's Jew of Color Roundtable, Tali became inspired to create a space for Jews of Color. Using the few resources she had available, Tali created Kehila Magazine, an online monthly magazine for Jews of Color in her bedroom. From 2010 to 2014, Tali was the sole staff member of the magazine. The magazine was mentioned in a 2010 Grio article and Tali was interviewed about the magazine by Jewcy.com and the G-D Project. In 2012, her first comic book script "Defect Light to Combat the Darkness" was accepted to the women-created comic book anthology Womanthology: Heroic created by Renae De Liz. She was paired with artist Kelly Turnbull. She also wrote a one page story for the Womanthology Holiday PDF & Valentine's Day special with artist Brenda Kirk titled "Don't Let the Light Go Out" and "June." In 2013 two of her stories were published in Grayhaven Comics' The Gathering Comic All Women's 2 and Crime anthologies. That same year, Tali self-published two collections of poetry: The Unconsciousness of An Ethiopian Princess: College Days of Future Past, and The Unconsciousness Of An Ethiopian Princess: Attack On Love (Volume 2). 2014 saw the release of two more self-published works: Where My Imagination Takes Me: A Collection of Short Stories And Flash Fiction, and Poesy Rainbow: NaPoWriMo 2014. In August her short story "Uirusu" was published in the Apocalyptic Fiction issue of The Sirens Call eZine while her story "The Musical Mechanism" was featured in the Grayhaven Comics' The Gathering Anthology Time Travel. From 2012 to 2014, Tali contributed articles and news stories to Nerdshuttle.com, ComicsCrux.com, Talkingcomicbooks.com, ToonariPost.com, WhyNotIndie.com & Fanboybuzz.com and was formerly a marketer, assistant editor, and editor for Affinity Press from 2013 to 2014. Currently she is a news writer and creator of the column "Musings of a Blerd" on GonnaGeek.com, writes occasionally for Moviepilot.com, and is one of the creators and editors of the new pop culture blog Uncanny Pop.