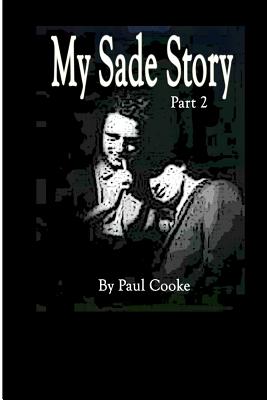 Paul Cooke was the founder member of the band Sade in 1982-3 and went onto create the songs and drums on the bands biggest hits to date, 'Smooth Operator' and 'Your Love is King'. Paul recorded the album 'Diamond Life' with the band in 1983 and the album went onto be the biggest selling album for a UK female singer ever...This is Paul's autobiography and story on how he founded and created the band and the music for one of the biggest female artists in UK history.. 'It is the truth the whole truth and nothing but the truth about his time with the group in the 1980's and onwards into the 90's through other aspects of his connection with the group and the music industry'...

Triple Platinum Recording Artist Paul Cooke of Sade fame. Some people refer to Paul as a legend after he formed the Band Sade in 1982 with two fellow musicians from his home town of Hull in the North of England and collaborated on all of the songs writing the drum parts for all the songs on Diamond Life and performing all the drum parts at the PowerPlant Studios in 1983. Paul was the fuel behind such hits for Sade such as Smooth Operator and Your Love is King. Paul helped co-produce the first ever Sade album with the rest of the band and producer Robin Millar in October 1983, the rest is history. . Involved in the music industry since he was 16 years old Paul moved to London when he was 17 years old with his band the Posers from Hull to get involved in the London music scene. Paul went onto form the group Sade with Paul Denman in 1982 along with the sax player from the Hull band 'the Odds'. Paul worked on the first Sade music for two years shaping the arrangements and drum parts helping create the famous sound, Paul played the songs live around the world to promote the project, Diamond Life was released by CBS in early 1984 and Paul realized his dream of playing on Top of The Pops in mid 1984 of the same year. The product has gone on to earn CBS & Sony over 10 million pounds since its inception. Paul formed his own 13 piece Latin Jazz group Esposito, signed it to Zarjazz (Madness) - Virgin - and produced the music with his old friend Mark Bedford the bass player from the group. Paul sang back up for Madness's Hit single Uncle Sam amongst others, and worked with Earth Wind and Fire's backing singers in the studio. Paul was Executive Producer for Rolan Bolan in the UK in 2004 and negotiated all his deals in the UK working closely with Seth Freidman the Black Eyed Peas'' Manager. Paul currently owns Diamond Life Recordings USA & Paul Cooke Music (ASCAP) Specialties: Music Industry Consultancy, Music Rights Management, IPR, Music Publishing. Media & Music Production - Placements include 'Stay Cool' US Feature with Winona Ryder & Chevy Chase. Executive Producer, production