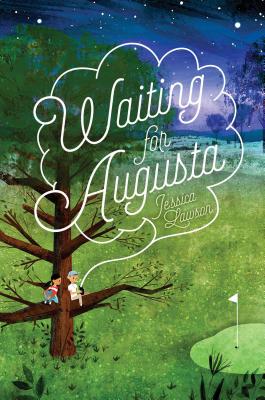 
Availability to be confirmed
With a fresh, funny voice, lots of adventure, and a healthy dose of magic, from the author of The Actual & Truthful Adventures of Becky Thatcher and Nooks & Crannies—which School Library Journal called “original, engaging, and funny” in a starred review—comes a profound tale of love, loss, and family.

Eleven-year-old Benjamin Putter has a lump in his throat, and he’s certain it’s a golf ball. He knows it sounds crazy, but everything’s been topsy-turvy since his father died last month. And he doesn’t know how to fix it.

Then, one day, something starts tugging at Ben, telling him to hurry to Augusta, Georgia—home of the most famous golf course in the world.

Ben might be going a little crazy, but escaping Hilltop, Alabama, sounds like a darn good idea. (And just maybe it will make that lump go away.) As he makes his way to Augusta, Ben partners up with a mysterious runaway named Noni, and they embark on a journey full of strange and wonderful surprises—and possibly magic—at every turn.
Jessica Lawson is the author of The Actual & Truthful Adventures of Becky Thatcher, a book that Publishers Weekly called “a delightfully clever debut” in a starred review, and Nooks & Crannies, a Junior Library Guild Selection and recipient of three starred reviews. She is also the author of Waiting for Augusta, Under the Bottle Bridge, and How to Save a Queendom. You can visit her at JessicaLawsonBooks.com.
“Colorful, quirky, and full of heart, with an ending readers won’t forget.”
— Ingrid Law, Newbery Honor-winning author of Savvy, Scumble, and Switch

"A whimsical, heartwarming, multilayered story about finding grace enough to accept the flaws in those we love and courage enough to act from our most deeply held beliefs."
— Kirkus Reviews

"This moving and emotional coming-of-age story tackles themes of racism, friendship, and growing up. . . . An absorbing work of historical fiction."
— School Library Journal

"Best for readers who like a wealth of plot and southern setting, as in Sheila Turnage’s Three Times Lucky (2012)."
— Booklist Online

"Insightful, humorous, and deeply moving."
— The Bulletin of the Center for Children’s Books

"This is a beautifully written book that will tug at the heart strings of readers. The writing is lyrical and rich with imagery...This is a worthwhile addition to library shelves."
— School Library Connection