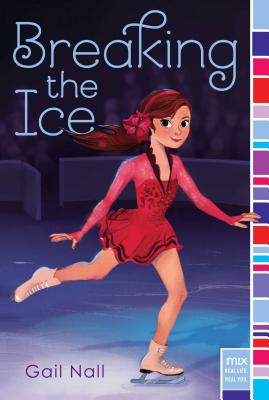 
Availability to be confirmed
Figure skating is Kaitlin’s passion, but she lands on thin ice after a meltdown in this funny, touching story. Because when you fall down, you have to pick yourself up—even if it’s in front of judges and a crowd.

Kaitlin has always dreamed of being a champion figure skater, and she’s given up a lot to pursue her passion. But after she has a totally uncharacteristic tantrum at a major competition, she’s dropped by both her coach and her prestigious skating club.

When no other club will have her, she’s forced to join the ridiculed and run-down Fallton Club, jokingly referred to as the “Fall Down Club.” At first Kaitlin thinks this is a complete disaster, but after meeting some of the other skaters—including a boy who happens to have the most perfect hair she’s ever seen—she realizes it might not actually be so bad.

Yet learning a whole new program right before regionals is a huge challenge, and when she realizes that all the other area skaters target Fallton for pranks, she begins to wonder if joining the Fall Down Club has any upside.
Gail Nall lives in Louisville, Kentucky, with her family and more cats than necessary. She once drove a Zamboni, has camped in the snow in June, and almost got trampled in Paris. Gail is the author of the middle grade novel Breaking the Ice, the coauthor of You’re Invited and You’re Invited Too, and the author of the young adult novel Exit Stage Left. You can find her online at GailNall.com and on Twitter as @GaileCN.