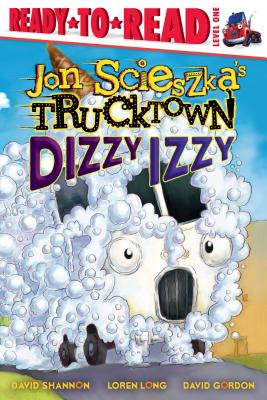 Izzy the ice-cream truck is doing everything he can think of to make himself dizzy, but nothing seems to be working as well as he’d like. Among other attempts, Izzy goes through the car wash, gets covered in suds, and spins himself in circles. In all his efforts, he gets in a tizzy, feels whizzy and fizzy…but is Izzy ever dizzy?

Young readers will love this tongue-twisting, rhyming text—and many of the words in the book can be found on road signs, making it easy and fun for kids to apply their knowledge!