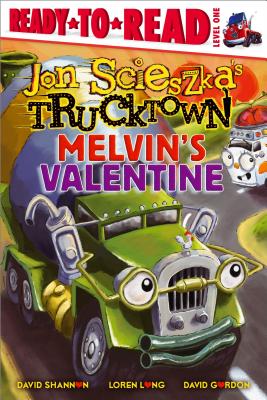 
Special Order - Usually Arrives in 1-5 Days
Melvin worries his way around Trucktown trying to find out who gave him a valentine. After everyone he asks says no, little Rita beeps her way to Melvin's attention. Did she give Melvin the valentine?
Jon Scieszka is the creator of Trucktown, including the New York Times bestselling Smash, Crash!, and the author of The True Story of the 3 Little Pigs!, the Time Warp Trio series, Caldecott Honor Book The Stinky Cheese Man, and many other books that inspire kids to want to read. He has worked as an elementary school teacher and is the founder of GuysRead.com, a literacy initiative for boys.