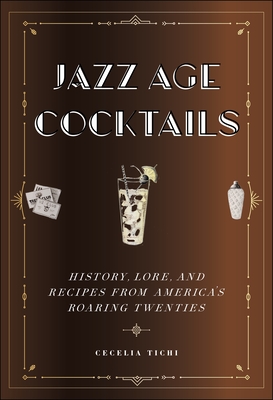 How the Prohibition law of 1920 made alcohol, savored in secret, all the more delectable when the cocktail shaker was forced to go "underground"

"Roaring Twenties" America boasted famous firsts: women's right to vote, jazz music, talking motion pictures, flapper fashions, and wondrous new devices like the safety razor and the electric vacuum cleaner. The privations of the Great War were over, and Wall Street boomed. The decade opened, nonetheless, with a shock when Prohibition became the law of the land on Friday, January 16, 1920, when the Eighteenth Amendment banned "intoxicating liquors." Decades-long campaigns to demonize alcoholic beverages finally became law, and America officially went "dry." American ingenuity promptly rose to its newest challenge. The law, riddled with loopholes, let the 1920s write a new chapter in the nation's saga of spirits. Men and women spoke knowingly of the speakeasy, the bootlegger, rum-running, black ships, blind pigs, gin mills, and gallon stills. Passwords ("Oscar sent me") gave entr e to night spots and supper clubs where cocktails abounded, and bartenders became alchemists of timely new drinks like the Making Whoopee, the Petting Party, the Dance the Charleston. A new social event--the cocktail party staged in a private home--smashed the gender barrier that had long forbidden "ladies" from entering into the gentlemen-only barrooms and caf's. From the author of Gilded Age Cocktails, this book takes a delightful new romp through the cocktail creations of the early twentieth century, transporting readers into the glitz and (illicit) glamour of the 1920s. Spirited and richly illustrated, Jazz Age Cocktails dazzles with tales of temptation and temperance, and features charming cocktail recipes from the time to be recreated and enjoyed.
Cecelia Tichi is Gertrude Conaway Vanderbilt Professor of English and American Studies Emerita at Vanderbilt University. Her books include Jazz Age Cocktails, Gilded Age Cocktails, What Would Mrs. Astor Do? The Essential Guide to the Manners and Mores of the Gilded Age and Civic Passions: Seven Who Launched Progressive America. Her mystery fiction includes the "Val and Roddy DeVere Gilded" series, set in the Gilded Age. Her website: https: //www.cecebooks.com.